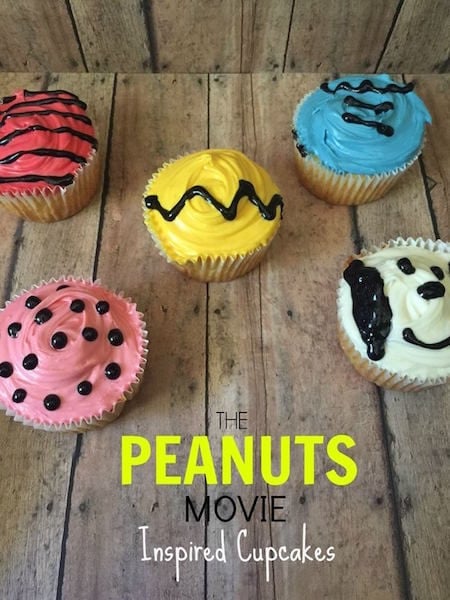 It’s here Peanuts fans! THE PEANUTS MOVIE, which everyone loved in theaters, is now available to watch at home on DVD and Blu-Ray! In this fun adventure, good ol’ Charlie Brown, Snoopy, Lucy, Linus and the rest of the beloved Peanuts gang appear as you’ve never seen them before in a brand-new feature film from the imagination of Charles M. Schulz and the creators of Ice Age. You and your kids can join everyone’s favorite eternal optimist, Charlie Brown, as he embarks on a heroic quest, while his beagle pal Snoopy takes to the skies to pursue his arch nemesis, the Red Baron. It’s a hilarious and heart-warming adventure! 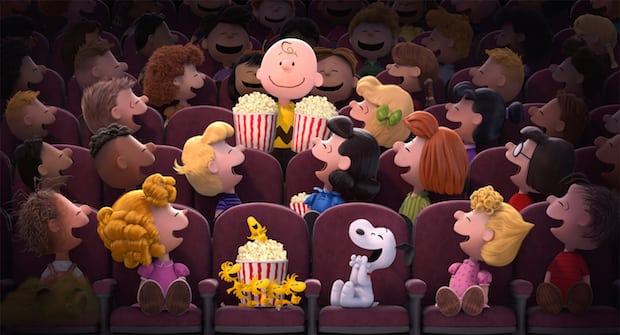 Ready to make a fun movie night (or afternoon) enjoying THE PEANUTS MOVIE at home? Then you will want treats to go with the movie! These cute Peanuts Movie Inspired Cupcakes will taste delicious and add to the atmosphere of FUN! 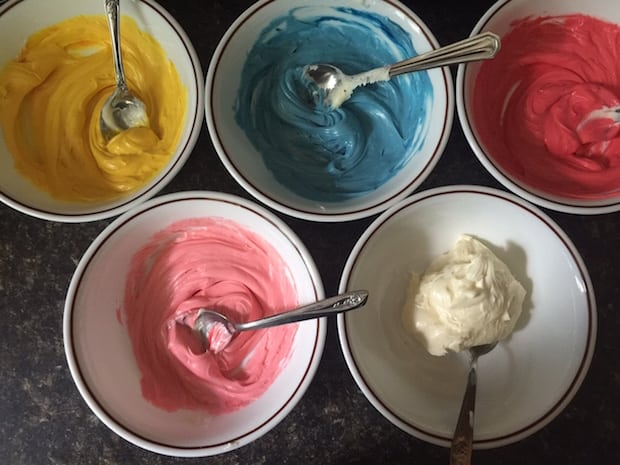 Instructions:
Prepare cake mix according to box instructions.
Line cupcake tins with paper cupcake liners.
Fill each section 3/4 of the way full.
Bake 18-20 minutes.
Allow to cool completely.
Separate frosting into 5 bowls and color one pink, red, blue, yellow, and leave one white.
Frost cupcakes evenly – some with each color. 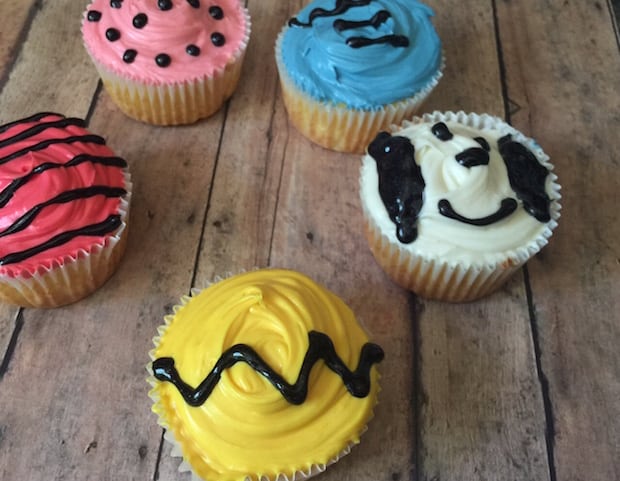 Now it’s just time to add the movie! THE PEANUTS MOVIE is directed by Steve Martino (Dr. Seuss’ Horton Hears a Who!) and produced and written by Bryan Schulz, Craig Schulz and Cornelius Uliano. Paul Feig (Spy, The Heat) and Michael Travers are also film producers. With the Collector’s Edition Blu-ray™, DVD and Digital HD fans can go deeper into the world of THE PEANUTS MOVIE with these fun-filled special features! Watch all-new Snoopy Snippets, check out the delightful documentary about the film’s extraordinary journey from the comics to the big screen, learn to draw Peanuts characters, sing along to music videos, choose your favorite songs from Snoopy’s Playlist and more!

Plus, just in time to fill Easter baskets, for a limited time you can get a Snoopy Flying Ace plush toy with THE PEANUTS MOVIE DVD, Blu-rayTM and Digital HD combo pack!

Reader Giveaway: One lucky Jinxy Kids reader will win their own THE PEANUTS MOVIE DVD, Blu-rayTM and Digital HD combo pack! To enter, just complete the entry form below by 11:59pm ET on 4/4/16. Good luck! 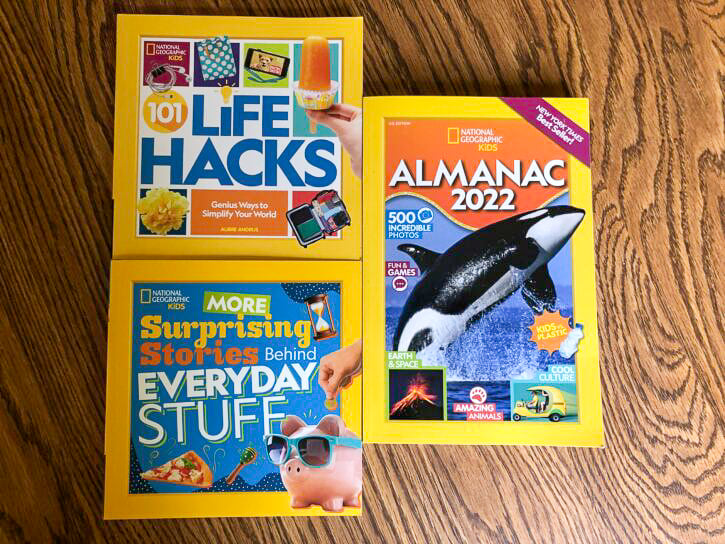