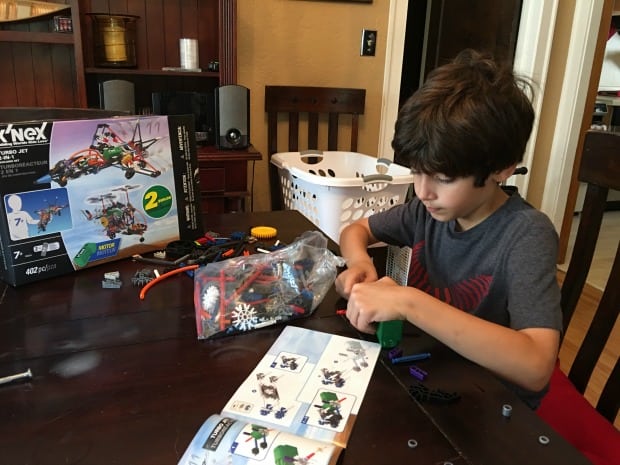 Question: What’s more fun than a K’NEX building set that builds a really cool vehicle? Answer: A K’NEX building set that builds TWO really cool vehicles! That’s what you get with the K’NEX 2-in-1 building sets. We recently receive two of these sets: the Turbo Jet 2-in-1 Buildingset and the Revvin’ Racecar 2-in-1 Building Set. Since Little R loves flying vehicles, he started to work on the Turbo Jet 2-in-1 set. 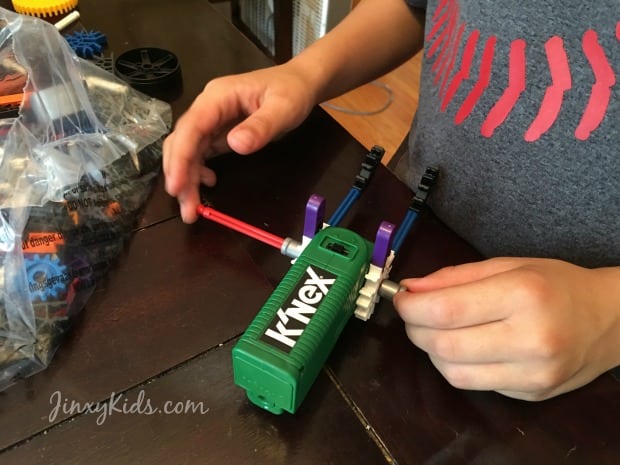 We first decided to make the helicopter. While there were a few parts of the build that were a bit tricky, we were able to figure it out (only redoing a few of our mistakes). What makes the set extra cool is the motor that makes the final creation actually move. And, once we want to change things up, we can make the jet! 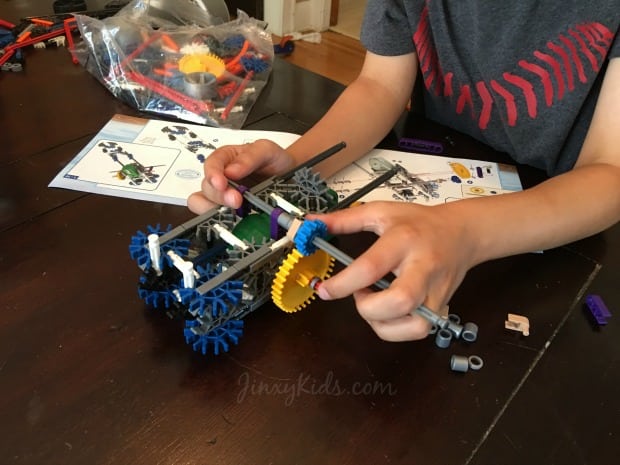 About the KNEX 2-in-1 Building Sets:

Turbo Jet 2-in-1 Buildingset: Build a supersonic jet, then build a heli-plane with rotating propellers. Over 400 K’NEX rods & connectors are included, plus a battery-powered motor. Build a jet with motorized, rolling wheels and an open-and-close cockpit! Then take it apart and build a heli-plane with working, motorized propellers that you can adjust to spin vertically or horizontally. 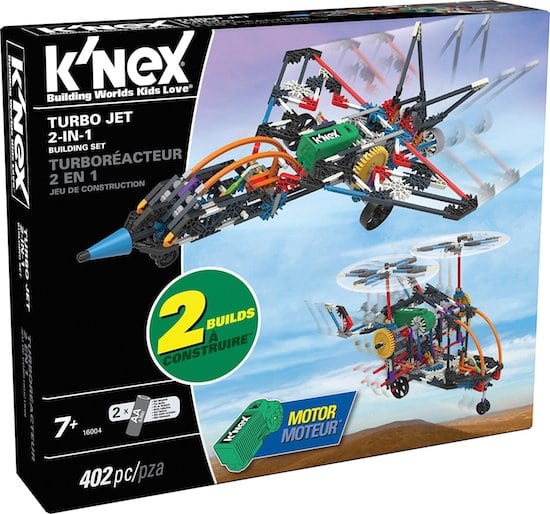 Revvin’ Racecar 2-in-1 Building Set: Build a revvin’ racecar, then build a powerful ATV. Includes 370 K’NEX rods & connectors are included, plus a battery-powered motor. Build a super-fast, motorized racecar! Then take it apart and build a powerful motorized ATV than can take on tough terrain. 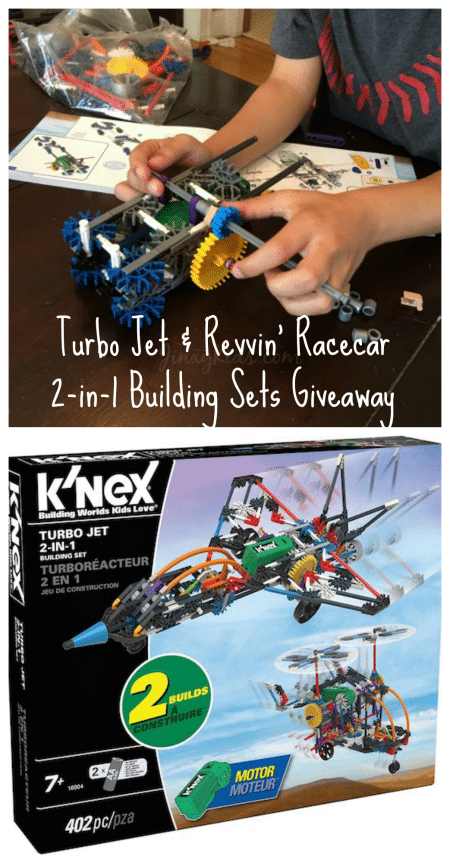