There are free printable Mr. Peabody and Sherman bookmarks too! 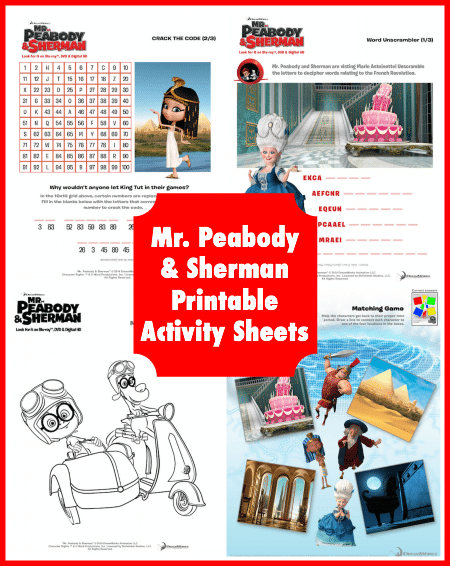 This is a movie the grown-ups in our family are just as excited about as the kid! We loved Mr. Peabody and Sherman in the theater and now it is coming to 3D Blu-ray™, Blu-ray™ and DVD on October 14. I know I show my age when I say I remember watching this cartoon as a kid. It was re-runs, but I know it hasn’t been on TV in a long time! I absolutely loved the remake and am excited to see it again once the Blu-ray is available. If you haven’t seen it yet, here is the scoop: 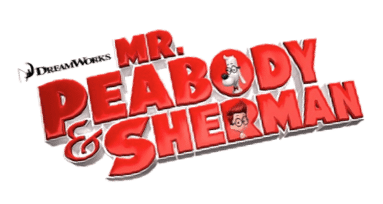 Mr. Peabody (Ty Burrell) is an inventor, scientist and genius who just happens to be a dog. With his son Sherman, he will embark on the most extraordinary adventure imaginable as they race against time to repair history and save the future. “Heartfelt and snappy” (Jessica Herndon, Associated Press), MR. PEABODY & SHERMAN has been hailed by critics as “a great adventure for the entire family” (Mike Wilbur, NBC Newschannel), receiving outstanding audience reaction and a coveted “A” CinemaScore®. 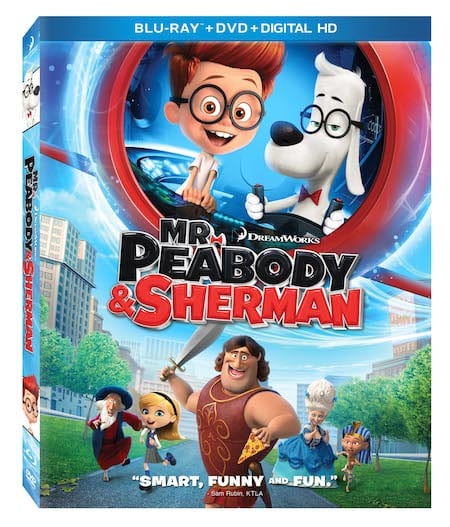 MR. PEABODY AND SHERMAN is based upon the beloved characters that first appeared in in the late 1950s and early 1960s animated television series “Rocky and His Friends” and “The Bullwinkle Show,” produced by Jay Ward.

Sit back and go WABAC to experience the ultimate joy ride and loads of laughs when MR. PEABODY & SHERMAN arrives on Digital HD on September 23 and on Blu-ray 3D™, Blu-ray™ and DVD on October 14. Jay Ward fans will want to get the 3D Blu-ray™ release which has everything for enthusiasts to celebrate the Jay Ward legacy including a 5-minute All New Rocky & Bullwinkle short and several original TV episodes.

Besides the activity sheets, we also have the colorful Mr. Peabody and Sherman bookmarks you see below. I recommend printing on heavy paper to make them extra sturdy, or else you could print and mount on a piece of construction paper for extra support AND extra color. 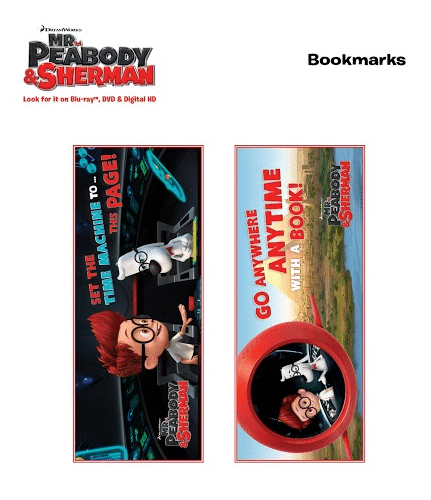