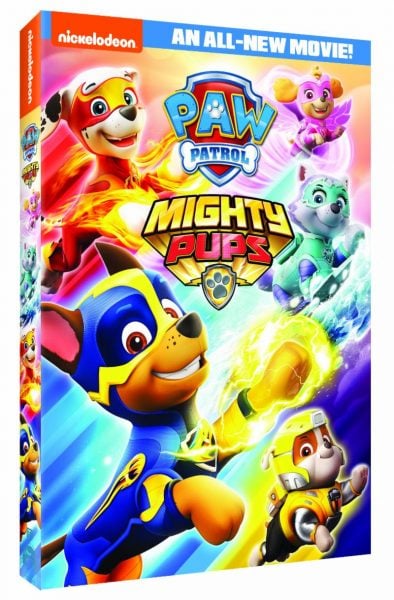 Chances are you know a kiddo or two who loves PAW Patrol – after all, it is one of Nickelodeon’s most popular shows! Led by 10-year-old Ryder, the plucky pups of PAW Patrol are rescue dogs in training.

Each pup is inspired by a real-world job like fire fighter, police officer, and construction worker. And now you can blast off on an epic adventure with the first-ever PAW Patrol TV movie! 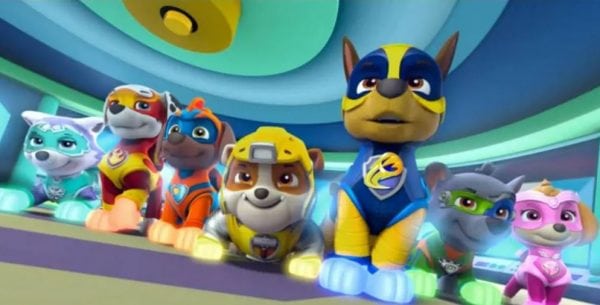 Nickelodeon’s paw-some pups, the PAW Patrol, embark on their biggest mission yet in the brand-new TV movie, PAW Patrol: Mighty Pups. Available exclusively at Walmart on September 11, this 44-minute action-packed adventure comes to DVD along with a digital copy on Vudu ahead of its TV debut.

In this high-flying, heroic mission, the PAW Patrol are given Mighty Pup powers after a mysterious meteor lands in Adventure Bay. When Mayor Humdinger and his nephew trap Ryder and steal the meteor to take over the city, the pups must work together and use their new powers – from Chase’s super speed to Marshall’s mighty heat, Rubble’s super strength and more – to race to the rescue and save the day.

PAW Patrol: Mighty Pups is produced by Nickelodeon Home Entertainment and distributed by Paramount Home Media Distribution and will be available on DVD on September 11 exclusively at Walmart for the suggested retail price of $17.99. 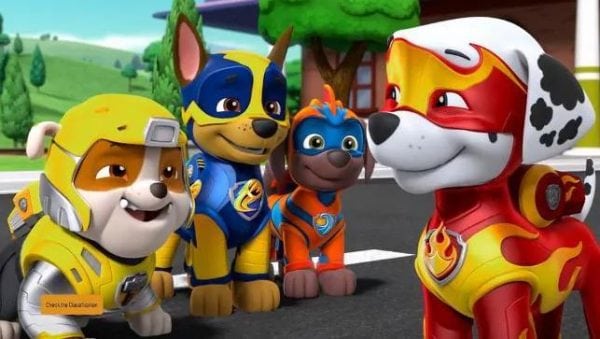