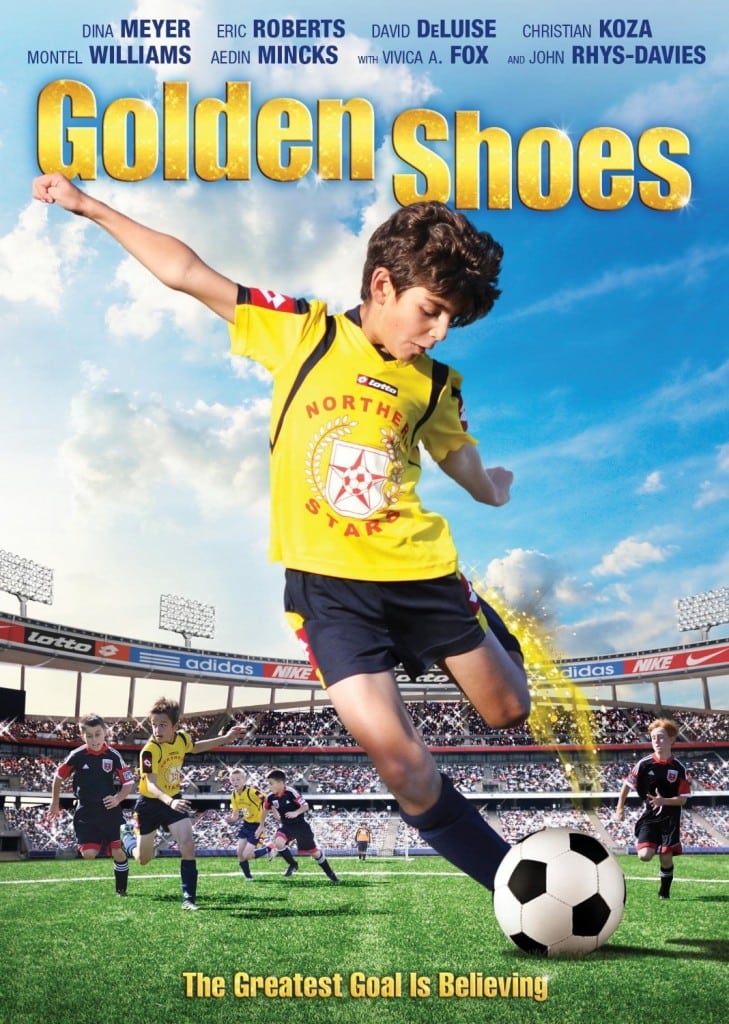 For as long as he could remember, eight-year-old Christian Larou (Christian Koza) dreamed of being a great soccer player like his idol, Cristiano Ronaldo. When his father is deployed to Afghanistan and his mother is hospitalized, he pours himself into the game he loves. With the help of some very special shoes, can Christian lead his team to the championship, inspire an entire nation, and bring his family together again?

Reader Giveaway: One lucky Jinxy Kids reader will win a copy of Golden Shoes AND a full-sized, Golden Shoes branded soccer ball!  To enter, just complete the entry form below by 11:59pm ET on 10/26/15. Good luck!