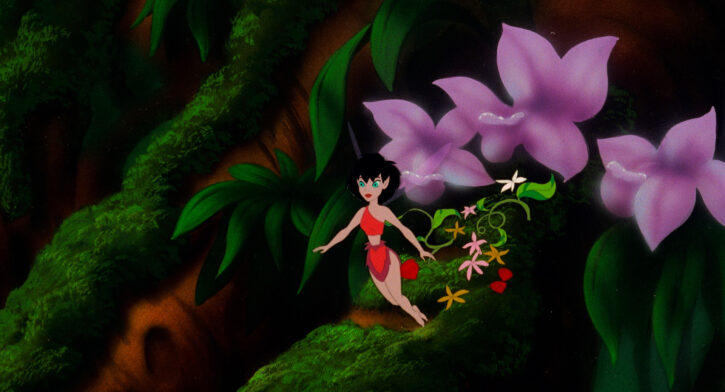 I can’t believe it, but FernGully: The Last Rainforest is celebrating the 30th anniversary of its release! I remember seeing this movie as a child, so to think it’s been out for thirty years now makes me feel really old.

On August 23, Shout! Factory will release FernGully: The Last Rainforest (30th Anniversary Edition) in a Blu-ray + DVD combo! Thanks to an amazing restoration from a brand-new 4K scan of the original film elements, fans will be able to enjoy the film as never before.

Deep in the heart of the forest awaits a paradise filled with tiny sprites, winged fairies, tree spirits, and all kinds of animals who live together in joyful harmony. But when their home is threatened by humans, one courageous sprite must give her all to save it!

Featuring an all-star voice cast, including Robin Williams, Christian Slater, Samantha Mathis, Tim Curry, Cheech Marin, Tommy Chong, and Tone Loc, FernGully: The Last Rainforest is an iconic classic for kids of all ages. Its ecological message about the importance of the world’s rainforest had a strong impact on viewers thirty years ago and continues to this day.

About FernGully: The Last Rainforest:

Crysta (Samantha Mathis) is a fairy who lives in FernGully, a rainforest in Australia, and has never seen a human before. In fact, she is told they are extinct. But when a logging company comes near the rainforest, she sees that they do exist, and even accidentally shrinks one of them: a boy named Zak (Jonathan Ward). Now her size, Zak sees the damage that the company does and helps Crysta to stop not only them, but an evil entity named Hexxus (Tim Curry), who feeds off pollution. 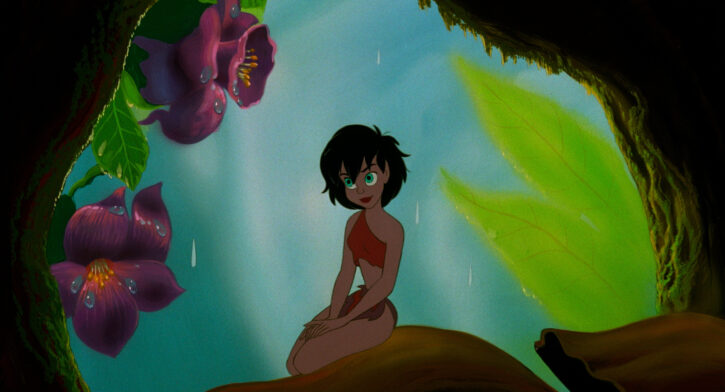 Special Features in this Blu-ray + DVD edition include: 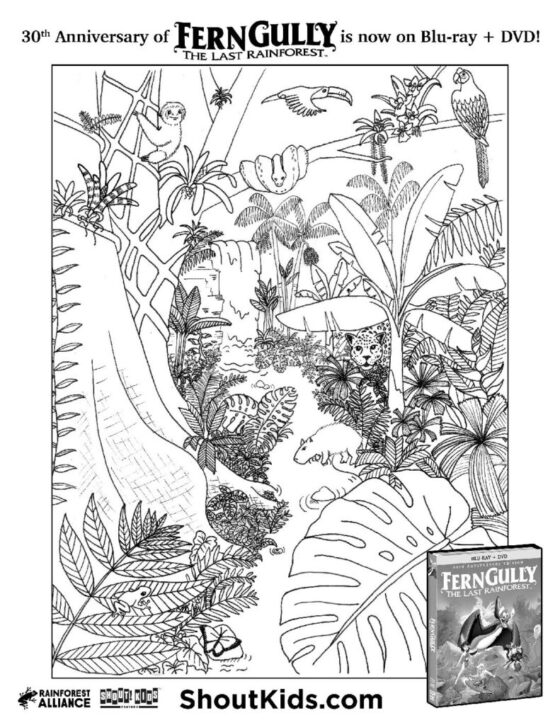 Shout! Kids and the Rainforest Alliance have partnered to put together some amazing Coloring Sheets to celebrate the 30th-anniversary edition release.

Print your free coloring sheets HERE or by clicking the image above! 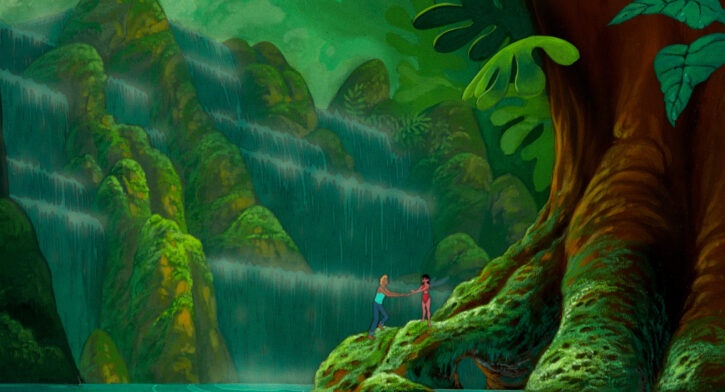