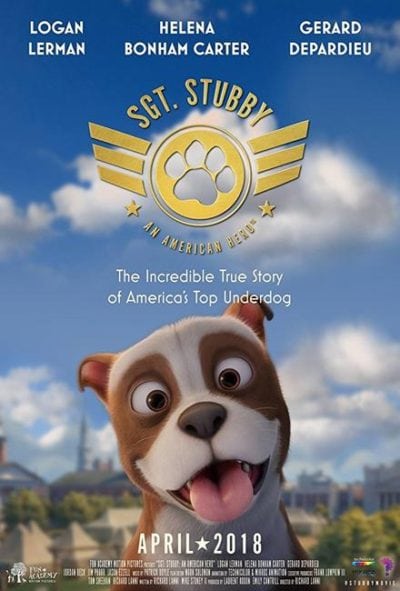 Did you know that March 13 is National K9 Veterans Day, honoring the day when the U.S. military officially recruited its first Military Working Dog – then called the U.S. Army K9 Corps – in 1942? AND did you also know that, during the previous world war some 25 years earlier, a scrappy stray dog who was rescued off the streets by an American Soldier is widely considered the forerunner to the Military Working Dog program?

As documented in history books but largely forgotten today, the heartwarming CG-animated feature Sgt. Stubby: An American Hero from Fun Academy Studios, based on the incredible true story of the unbreakable bond between a young Soldier and a stray dog, is coming to theaters across the U.S. on April 13!

For his valorous feats, Stubby is still recognized today as the first dog promoted to the rank of Sergeant in the U.S. Army, and the most decorated dog in American history! Set against the backdrop of America’s entry into World War I, this CG-animated feature shows the world that the greatest heroes can come from the unlikeliest of places.

Opening April 13 on approximately 3,000 screens across the U.S. and Canada and coinciding with the year-long 100th commemoration of the United States’ role in the “War to End All Wars,” Sgt. Stubby: An American Hero tells the story of Army “doughboy” Robert Conroy (Logan Lerman) whose life is forever changed when a little stray dog with a stubby tail wanders into a training camp in New Haven, Conn. Conroy gives his new friend a meal, a name, a family and the chance to embark on an adventure that would define a century. 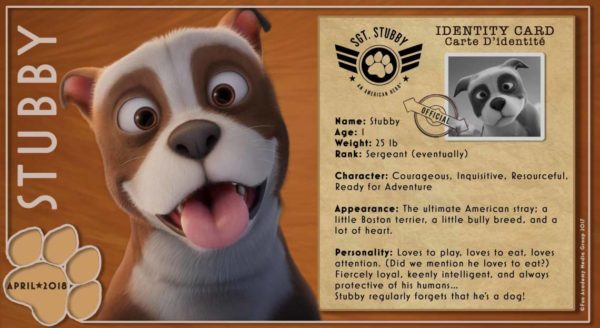 The movie has a running time of 90 minutes and an anticipated MPAA rating of PG.

And don’t forget to check out the book Stubby the Dog Soldier: World War I Hero from Capstone for readers ages 5-7 by Blake Hoena and Illustrated by Oliver Hurst – a 2015 Notable Social Studies Trades Book for Young People selection from the National Council for the Social Studies & the Children’s Book Council. 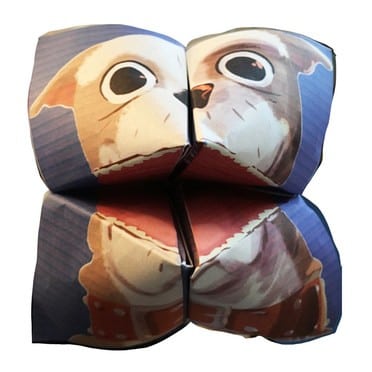 Plus, check out the fun FREE ACTIVITY PACK at www.StubbyMovie.com for more fun facts about Stubby plus some exciting activities, including making your own origami Stubby, a maze, coloring sheets and more!

You can follow along with the movie’s website and social media accounts while you’re waiting for the release: 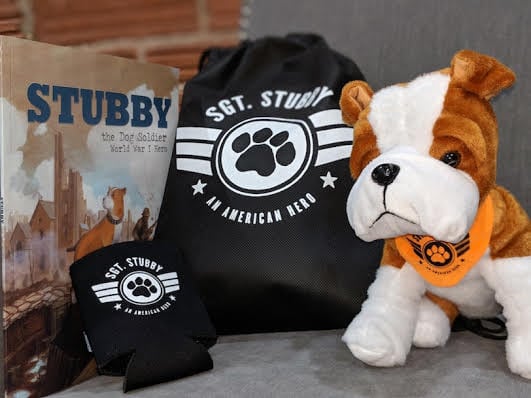 Reader Giveaway: One lucky Jinxy Kids will win a Sgt. Stubby prize pack including a copy of the hardcover book Stubby the Dog Soldier: World War I Hero! To enter, just complete the entry form below by 11:59 pm ET on 4/2/18. Good luck!