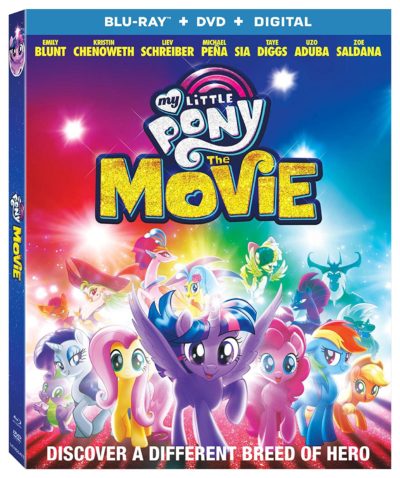 If you’ve been anxiously waiting for your chance to watch My Little Pony: The Movie at home, good news – it’s now available to own on Blu-ray combo pack and DVD! In My Little Pony: The Movie, the Mane 6 are joined by fun new friends voiced by an all-star cast in this magical adventure arriving on Digital December 19 and Blu-ray Combo Pack and DVD on January 9 from Lionsgate.

In case you haven’t seen it already, here’s a little bit more about the movie:

A dark force threatens Ponyville, and the Mane 6 – Twilight Sparkle, Applejack, Rainbow Dash, Pinkie Pie, Fluttershy, and Rarity – embark on an unforgettable journey beyond Equestria where they meet new friends and exciting challenges on a quest to use the magic of friendship to save their home.

The Blu-ray/DVD/Digital pack comes with some special features, too!

And be sure to check out some fun new toys that go along with the movie: 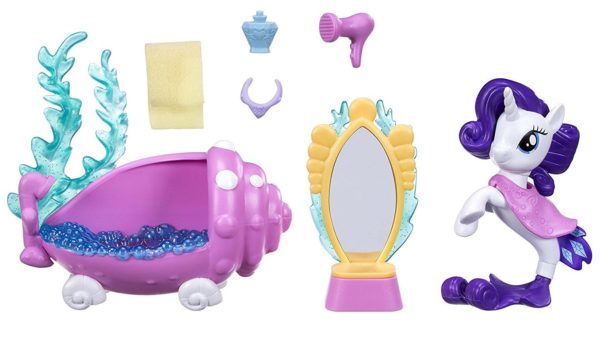 Everypony loves to get pampered, even under the sea! Inspired by the My Little Pony the Movie, this Rarity seapony figure has a beautiful mermaid-like tail and a cutie mark on her back fin. Imagine her primping with her undersea themed accessories in front of the included vanity. Kids can pretend she’s taking a relaxing bath in her rolling tub, too. The Rarity seapony figure is approximately 3 inches tall and decorated in glitter for sparkly Seaquestria adventures. 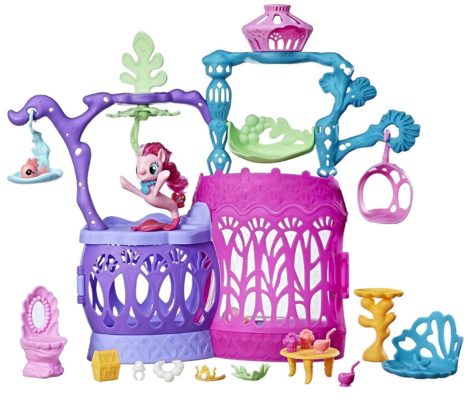 Inspired by My Little Pony the Movie, this Pinkie Pie seapony figure has a pretty mermaid-like tail for imagining underwater adventures in her Seashell Lagoon. The playset’s doors open and close to reveal rooms to play. Press the pearl-shaped button to activate lights and add water to create bubbles inside the front window of the playset, imitating scenes from Seaquestria. The Pinkie Pie figure can sit in her lounge seat or swing and rock in the hammock. Dress her up with her accessories and pretend she’s primping in front of her shell-shaped vanity. 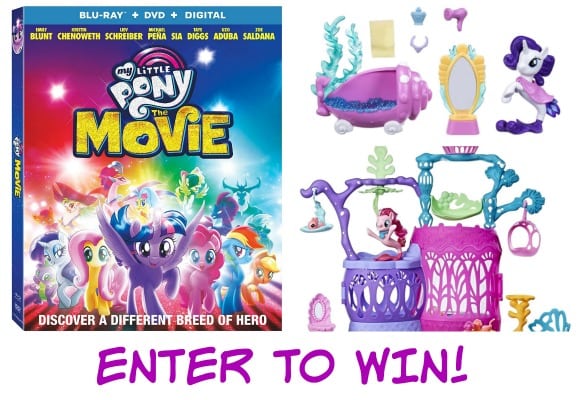 Reader Giveaway: One lucky Jinxy Kids reader will win a My Little Pony gift pack including a copy of the movie on Blu-ray/DVD/Digital as well as the two playsets mentioned above. To enter, just complete the entry form below by 11:59 pm ET on 1/23/18. Good luck!

My Little Pony: The Movie Giveaway