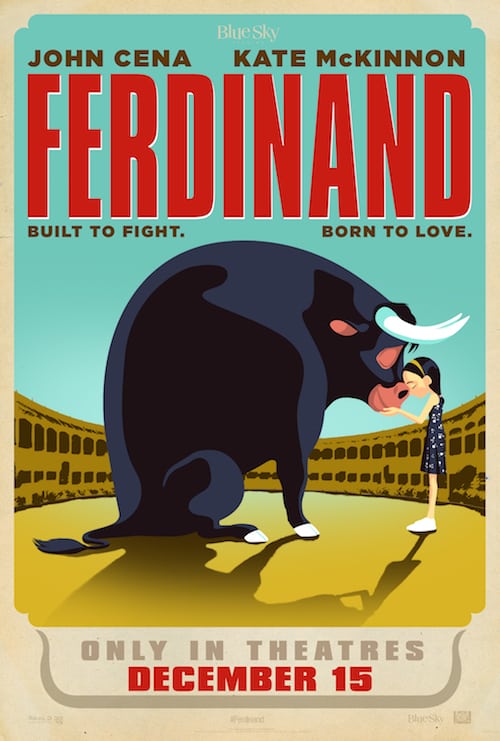 On the same day they just released a new trailer, they also announced that Nick Jonas has written an original song titled “Home” for the film; and Peyton Manning and Juanes have rounded out the exciting all-star cast alongside John Cena (as Ferdinand), as well as Kate McKinnon, Gina Rodriguez, Daveed Diggs, Gabriel Iglesias, Bobby Cannavale, David Tennant, Anthony Anderson, Flula Borg, Sally Phillips, Boris Kodjoe, Jerrod Carmichael, Raul Esparza, Karla Martinez, and Miguel Angel Sylvester. Inspired by the beloved book “The Story of Ferdinand” by Munro Leaf and Robert Lawson, FERDINAND tells the story of a giant bull with a big heart. 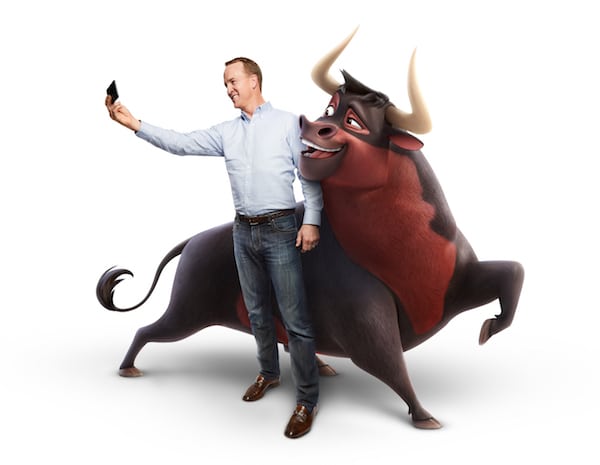 Peyton Manning will be the voice of “Guapo” the Bull. Guapo acts like he’s brimming with confidence but under that brash exterior, he’s really a bundle of nerves! Thanks to Ferdinand, he learns to overcome his self-doubt. 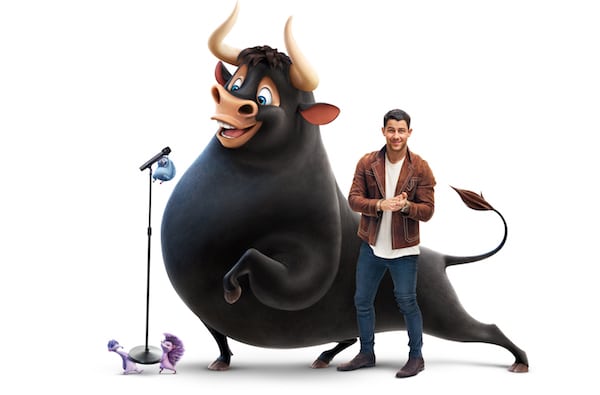 The other big news is that Nick Jonas has written an original song for the film titled “Home”. The good news is that you won’t have to wait until you see the movie to hear it because it will be released next month!

FERDINAND tells the story of a giant bull with a big heart. After being mistaken for a dangerous beast, he is captured and torn from his home. Determined to return to his family, he rallies a misfit team on the ultimate adventure. Set in Spain, Ferdinand proves you can’t judge a bull by its cover.
From Blue Sky Studios and Carlos Saldanha, the director of “Rio” and inspired by the beloved book “The Story of Ferdinand” by Munro Leaf and Robert Lawson, “Ferdinand” is a heartwarming animated comedy adventure with an all-star cast that includes John Cena, Kate McKinnon, Gina Rodriguez, Anthony Anderson and many more.
Find out more about Ferdinand:
Facebook | Twitter | Instagram | Official Site
Sign up for a FanAlert and be the first to know when tickets and other exclusives are available in your area.