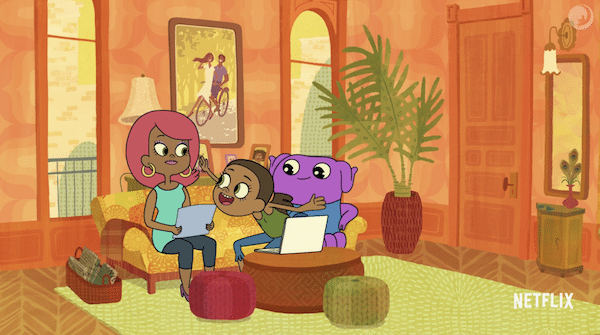 Season 4 of the funny and lovable Home: Adventures with Tip & Oh is arriving on Netflix this Friday, July 20th! Are you ready for a whole new round of adventures? Tip and Oh – the two best friends from two very different worlds – are back with a crazy twist in brand new episodes. They meet with a famous online star and toe-tap with girly girls at dance classes, they compete in a major rap battle, and even try to get their nose pierced! And when Oh gets stuck in an alternate universe, Tip and Oh realize more than ever how crazy life would be without their best friendship. Groove with the Boov in the most adventurous season yet

The voice cast of Home: Adventures with Tip & Oh is led by the multi-talented Rachel Crow as Tip and Mark Whitten (Rolling High) as the voice of Oh, along with Ana Ortiz (Devious Maids, Ugly Betty) – who happens to be one of my favorites, the HILARIOUS Ron Funches (Get Hard, Undateable), and Matt Jones (Breaking Bad, Mom). Throughout the series’ first season, recurring and guest-starring voices will feature comedy dynamos Cheri Oteri (Saturday Night Live, Liar Liar), Abby Elliot (Saturday Night Live), Jon Heder (Napoleon Dynamite, Blades of Glory), and Wayne Knight (Jurassic Park, Seinfeld). Developed by Ryan Crego (Sanjay and Craig, Shrek Forever After) and Thurop Van Orman (The Marvelous Misadventures of Flapjack), the series is executive produced by Ryan Crego. 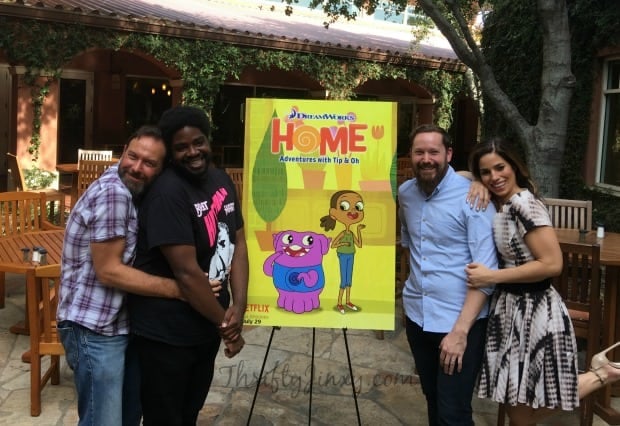 Find out more about the series and my visit to DreamWorks Animation Studios HERE.