It follows the adventures of Baby Shark and his best friend William as they explore Carnivore Cove.

Your kids can swim and sing along with Baby and his friends as they become superheroes, play on a game show, brave the dark depths of Wavey Jones’ Locker, and more!

As well as the following special features: 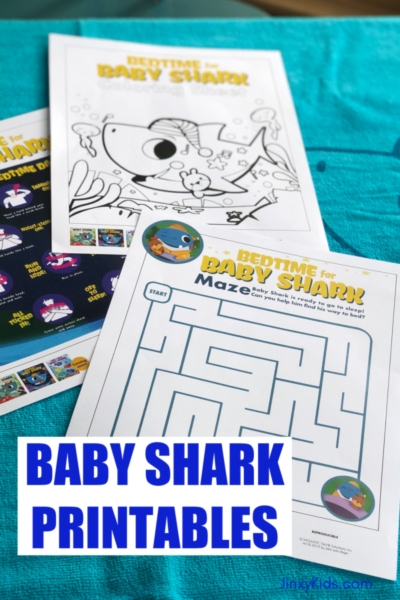 And be sure to check out these free Baby Shark Printables including a coloring sheet, maze, and some bedtime dance moves for you and your little one!